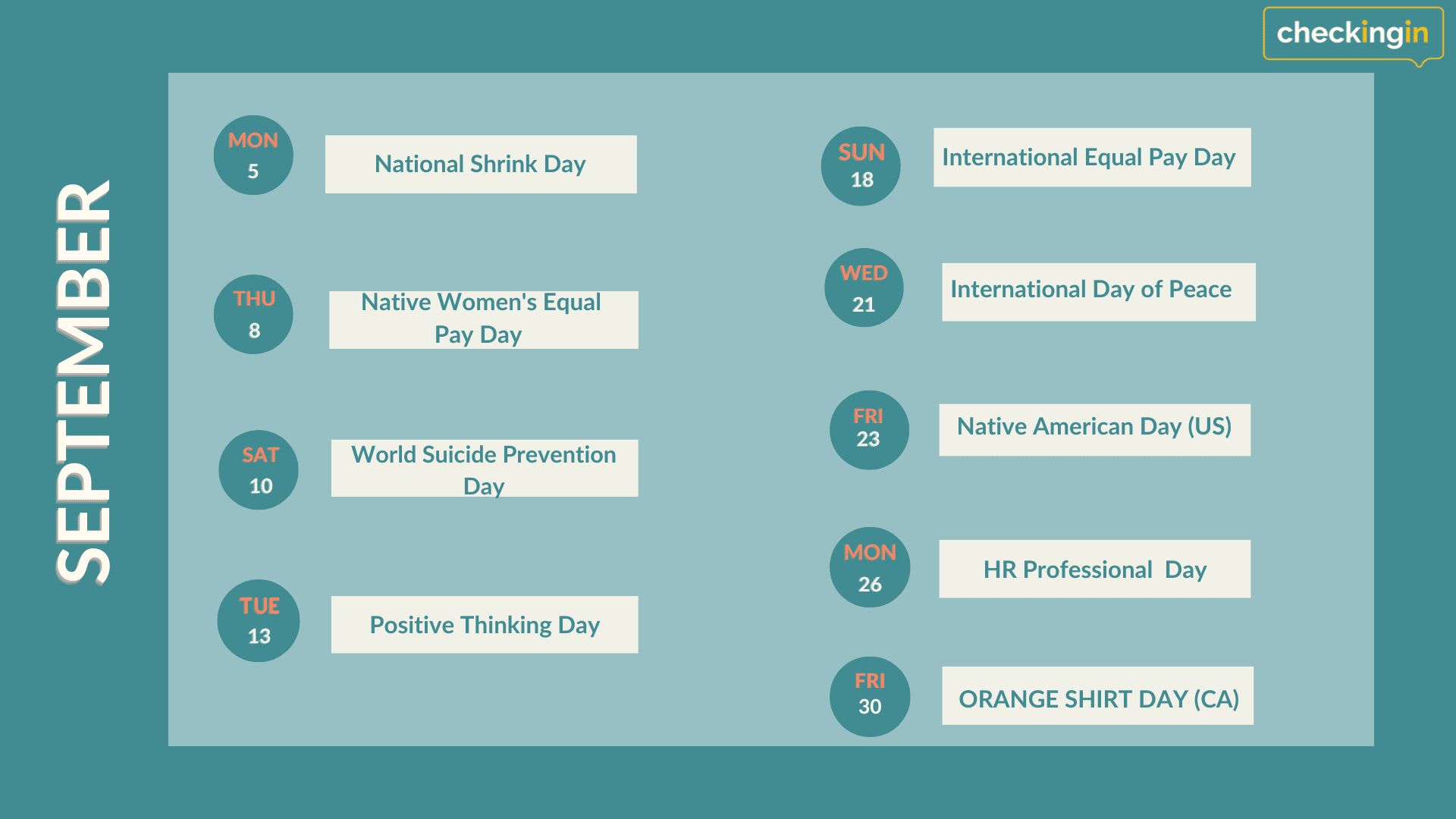 Important dates and employee engagement ideas for the month of September.

The purpose of Suicide Prevention Awareness Month is to inform the general public of the warning signs of suicide and how it can be prevented. Please remember, that all behaviours that indicate someone may be contemplating suicide must be taken seriously.

Native Women's Equal Pay Day is meant to bring awareness to the wage gap between native women and caucasean men. Studies show that it would take a Native woman in the United States 21 months to make what a white male would make in one year.

Positive Thinking Day reminds us of the rewards a positive attitude can bring.

International Equal Pay Day was implemented to spread awareness about wage gaps all around the world. This day was implemented by the U.N. as a response to the "painfully slow" progress on evening the gender pay gap.

Each year on the International Day of Peace, the U.N. selects a theme that encourages global peace. In 2022, the theme is "End Racism. Build Peace." The U.N. commits to this mission by encouraging its members to cease fire and proceed with non-violence for 24 hours.

Native American Day is a national holiday that honours the culture and history of Native American Peoples. The holiday was implemented as a reminder of the violence and wrong-doing commited toward the Native population by American institutions.

September 26th is dedicated to those working in Human resources. Human resources is all about strengthening relationships in the workplace. These professionals deserve a day where their work is specifically acknowledged and appreciated.

National Day for Truth and Reconciliation is also known as Orange Shirt Day. The name is inspired by a young Indigenous girl by the name of Phyllis who was taken from her home and stripped of her brand-new Orange shirt at residential school. We now wear Orange on September 30th to show support and raise awareness. On this day, we remember the harm and violence that occurred at residential schools.