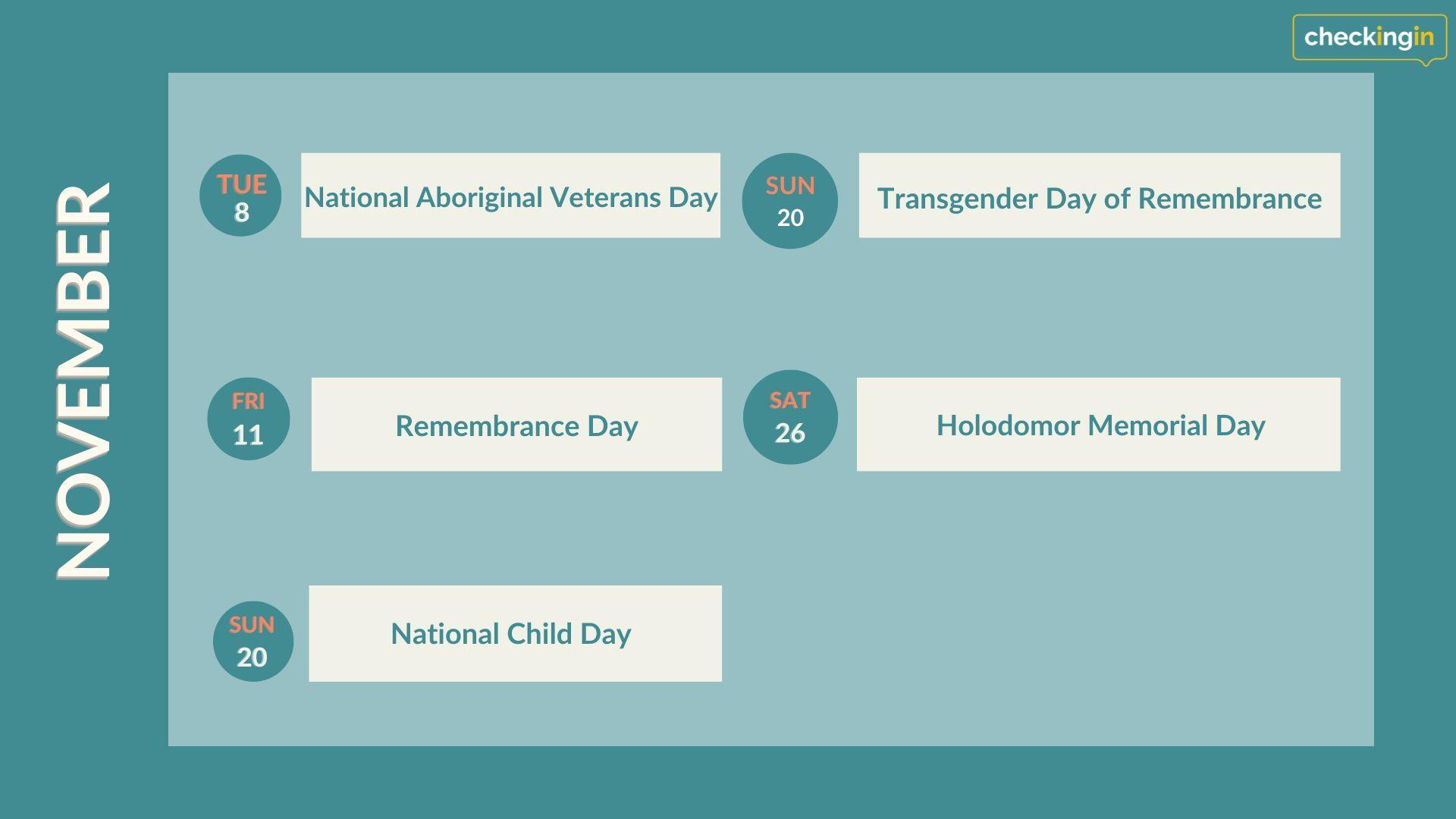 Important dates and employee engagement ideas for the month of November.

Veterans Week is a time to remember those who have served in uniform to protect human rights both at home and abroad. This week we observe Indigenous Veterans' Day, Remembrance Day, and more!

Canada History Week encourages people to learn and reflect on the rich history of Canada. The theme for 2022 is Arts, Culture, and Creators.

This international initiative presents an opportunity for Canadians to come together with global partners to call out and speak up on gender-based violence. UN Women and the Center for Women's Global Leadership will be hosting events. sharing stories, and creating awareness around domestic violence. We encourage you to participate in this initiative in your own way.

In the midst of Veterans' Week, we ask you to reflect on the sacrifices Indigenous veterans made. As we continue on this path toward reconciliation, it's important to show gratitude for those who risked their lives to fight for human rights they weren't entitled to themselves, as well as to raise awareness about Indigenous people who were sent to war against their will.

Remembrance Day in Canada is an opportunity to honor those who have served in our country and abroad to create global peace.

November 20th has been declared National Child Day in Canada. This day aims to advance the rights of children by amplifying their voices, protecting them from danger, and ensuring their basic needs are met.

November 20th is dedicated to the memory of those who have been killed or harmed in acts of violence against the transgender community. The day of remembrance was implemented to bring awareness to the continued violence experienced by transgender people, who remain disproportionately targeted today.

Holodomor was a genocide against Ukrainian people in 1932 and 1933, under Stalin's regime. Many Ukrainian-Canadians have relatives who died during the man-made famine. November 26th is a day to honor and memorialize those whose lives were cut short during Holodomor.